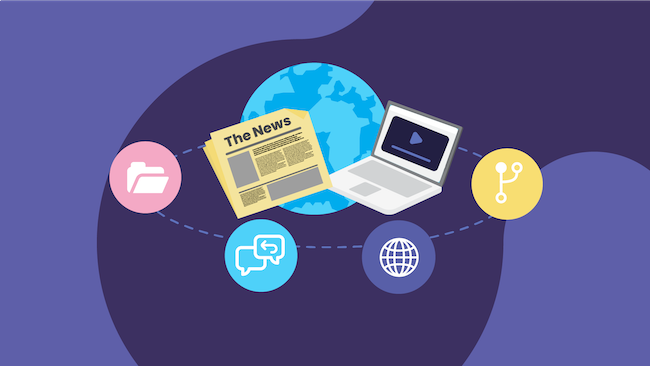 For companies across many different industries, the importance of video continues to grow. With media now being seen as an increasingly valuable asset for a wider range of use cases, many organisations are looking for ways to streamline workflows, simplifying the process of connecting editors to the footage they need.

Since 1821, Guardian Media Group (GMG) has been delivering fearless, investigative journalism through its newspapers and websites. At the core of the organisation is the Guardian newspaper and theguardian.com, one of the largest English-speaking news websites in the world. GMG has long been an innovator in the digital space, continually adopting new technologies to support its team of journalists and editors.

Houston, We Have a Problem

“Organisations across many sectors are increasingly looking for flexible, simplified workflows to manage an ever-growing number of video assets.”

With the rising consumer demand for video content across all platforms, the Guardian needed a streamlined system for managing media, making it easier for journalists and editors to structure and handle all the video content both produced internally and bought in.

With the end goal of creating a sustainable and future-proof system for handling all types of video content, the Guardian approached several video technology providers to supply a tool to replace its legacy software, specifically the Final Cut Server.

One Small Step, A Giant Leap

The Guardian chose to work with a Vidispine + Cantemo stack. Codemill customised and built new features on top to fit its workflows for video production. To achieve this, several Cantemo applications were built and integrated with existing internal systems. Throughout the project, Codemill worked closely with the Guardian team to supply UX- and UI-design, and front-end and back-end development.

The Eagle Has Landed

“It has been an absolute joy to work with a team who is solely focused on the quality of the end-product, rather than costs or schedules; a team who is immediately responsive and keen to discuss new ideas and directions without letting it distract them from the delivery deadlines and who is simply fun to work with!”‍

The resulting system was PLUTO - used daily by journalists and editors, as well as management. As a platform, PLUTO handles media throughout the entire lifecycle, from ingest, editing and transcoding, through to playout on web and delivery to external sources such as YouTube.

“With Pluto, the Guardian’s team of editors and journalists can skip the complexities typically associated with media management and go straight to the content they require. It is a pleasure to support Guardian Media Group with its ongoing requirements.”