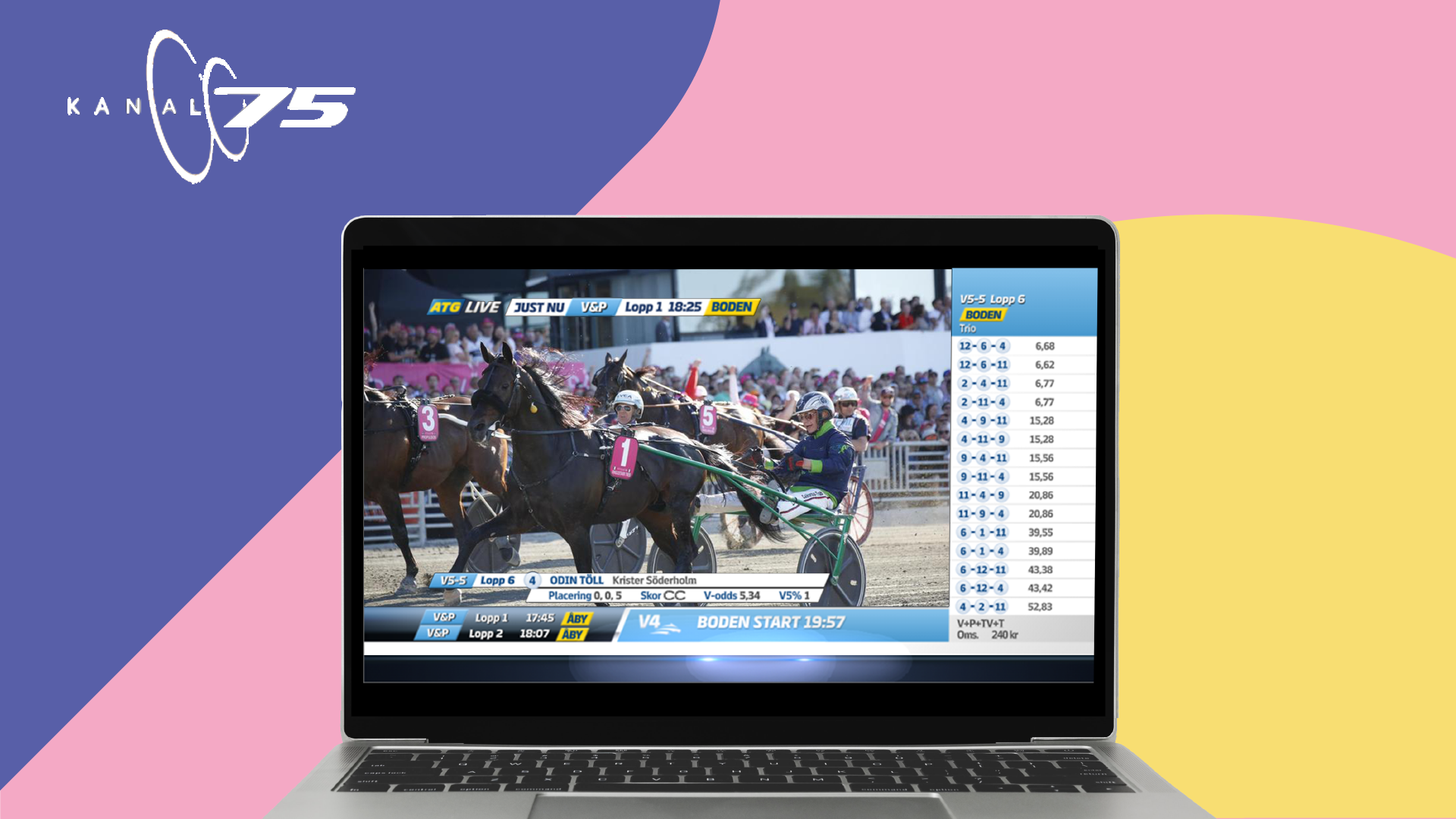 Media organisations need to be able to work efficiently, and continually adapt and improve their way of working, in order to remain competitive. To do this, media professionals need to work with effective graphical user interfaces that are intuitive and that can be continually improved and adapted as business needs require. A good graphical user interface (GUI) is critical for success.

Kanal 75 is a multimedia company, producing live and recorded TV and internet services that focus mainly on trotting and thoroughbred racing. Since it started in January 2000, Kanal 75 has grown to become one of Sweden's largest producers of TV and internet services. Kanal TV’s programs can be watched on TV4, at the ATG betting shops or on the internet at www.ATG.se. Kanal 75's productions are accessible in Australia, South Africa, USA and some 20 European countries.

Kanal 75 was looking to replace its existing internal user interface, which was complex and lacked intuitive navigation. Not only was the existing GUI for controlling their graphic systems causing a long and costly onboarding process when training new colleagues, it also included old legacy code with a lot of bugs. Another key area needing improvement was the management of graphics displayed during live broadcasts. During the live broadcast, a large amount of information and graphics are displayed to the end-user, and this must be managed by the operator. The existing system was making it difficult for the operators to manage those graphics effectively. Finally, an ongoing challenge for Kanal 75, was that the GUI could not be easily adapted and new features could not be added when required. The complexity that was hindering the user and rigidity of the GUIs infrastructure needed to be urgently addressed.

The Codemill team felt that a user-centric approach was best and began the project with a user experience pre-study which involved visiting the Kanal 75 office, over a 2 day period, to carry out interviews with stakeholders, and end-users. Observational assessments were carried out with end-users, where the Codemill developers observed Kanal 75 operators working with the old interface. The next step was to create a journey map to visualise the workflow and visualise problem areas. After working closely with Kanal 75 to verify the observations and the workflow map, Codemill then designed a new web-based solution to replace the existing GUI controlling the graphics.

The proposed solution was demonstrated to Kanal 75 and approved before the implementation started. The new more user-friendly system was successfully implemented, quicker than previously forecasted, with a number of users quickly moving from using the old system to the new GUI. The onboarding was straight-forward, and users noticed a significant improvement in the efficiency of their workflows as well as a big step-up in the overall User Experience.

“It’s amazing to see how fast the users went from seeing the GUI (Graphical User Interface) for the first time, to working with it at full speed.”

“The Codemill team did a great job of providing a clear structure for the project. This, combined with the ability to offer fresh ideas, helped Codemill to complete the project much faster than expected.”